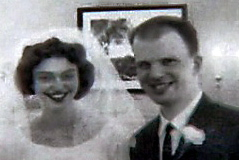 A new decade is upon us.To Marge and I, the most significant event is our marriage in May. More on this later.

Marge is in her second semester of her junior year. Next year she will not be a dependent and so her child support resulting from the divorce of her parents will cease. At this point, I don’t recall anything memorable about this term for her. She is still living in a female dorm, and I have my apartment on Cannon Street. We continue to see each other, but I don’t recall any particular event that I can relate.

For myself I am working as a junior  engineer at the Syracuse plant of Crucible Steel. I think the name of the facility was the Sanderson Halcomb Works, but it was known informally in the other plants as the Fourth Reich. The reason for this was that the head officer of this plant was a German. I think I remember his name, but since this post is in the public domain, I will not mention it as such. The name fits though. The administration of the facility was very autocratically petty, in my opinion. The older men in the office were titled as Senior Engineers, though I do not think they had degrees, just sort of worked up through the ranks. Our manager was about 40, as was my direct supervisor, and I do believe they had degrees.

On a few occasions, when I needed a short lift for one reason or other such as auto maintenance, I was asked by whoever was driving me (usually an older engineer) why I had chosen to work there as it was not that great a place. So, I answered truthfully, as they had confided in me, that I had taken a job in Syracuse as I wanted to be near the woman that I was going to marry and she was still in school.

So, I was just marking time, I knew it and a few of the old timers knew it, maybe more, but at least those I had confided in. The man who had the desk next to mine was a good guy, a few years older, married,  as he had spent time in the Navy. We were fairly friendly and were invited over to his home at least once. I do remember something now. While visiting, he asked if we wanted a drink and they were making Vodka Gimlets. I did drink a bit, but Marge had never had alcohol. The vodka gimlets were pretty smooth going down and she really liked them. At least as they were going down.

While we were driving back, the Vodka started kicking in and, as you can expect, Marge did not feel well at all. Fortunately, she did not get sick and we got back to her dorm in time, without disaster. She never did drink a lot, but retained a taste for Vodka Gimlets as long as she lived.

The Packard was ill. So, I decided, big surprise to trade it in a newer Plymouth. The one I had owned had been reliable, so why not stick with the same brand. It had proved to be reliable, but of course, no glamour at all. Pretty exciting, eh?

And so, Marge and I finished the semester pretty much as we had lived before. Somewhere along the line, I had given notice that I was vacating the Cannon Street apartment and rented a one bedroom apartment at 107 Smith Lane, Syracuse. I was informed by someone that the University now owned the property with the ultimate intension of using it for married student housing. S.U. did have some sort of married housing, but I think it was based on WWII Quonset huts. I recently did a Google maps search and the property looks a lot as I remember it, a series of 3 story brick apartments, probably more than were there in 1960.

The reason for this change was the fact that the apartment was about 1.25 miles from the University, not a bad walk, at least in moderate weather. We had but one car and Marge could walk to school. After she graduated, we would leave for somewhere else.

May was a very damp month. That was a long time ago, but as I recall, it rained a bit almost every day, and was damp between showers. Marge wanted a very simple wedding, which was fine with me. Just immediate family, best man, and bridesmaid, that was it. Marge’s father was not there as he had a tour of duty in South America and could not make it. He did send a nice letter and a good sized check for 1960 to help out with expenses as Marge saw fit. I think Marge was just as glad that her father was not to be there, as she had not forgiven him for divorcing her mother. 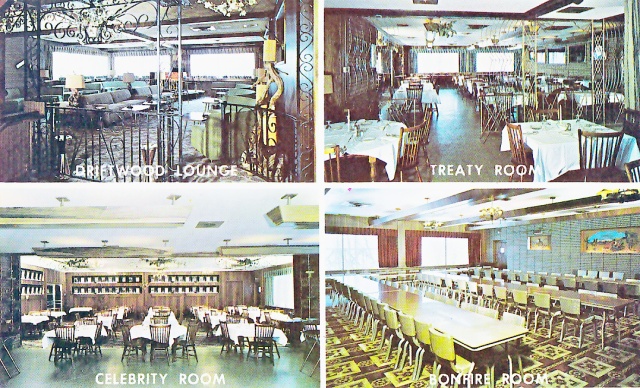 Marge was in the S.U. Hendricks chapel choir her entire stay at school and we were married in the home of the chapel Dean, Charles Noble. The choir director, and Professor of Organ, Arthur Poister processed us in using Dean Noble’s piano. This personal association was particularly meaningful to Marge. So, not a wedding with a lot of drama, but it was now official, we were man and wife at the advanced ages of 20 and 23. We did have a reception at LeMoyne manor, which I believe was in Liverpool. After that, everyone left and went their own ways. Roy was my best man, and at the time he did film news photography, as there was no video then. I still have a 100′ roll of film he shot for the wedding and was able to get it digitized.

Marge and I decided to go to an art movie theater that evening and watch the Alec Guinness movie “Our Man in Havanna.” Then back to my (now our) apartment on Cannon St. Given past circumstances, wedding night was rather anti-climatic but at least we could sleep together without worrying about the omniscient eye of the dorm Matron, or whatever her title was.

We planned on having a short honeymoon in the Finger Lakes. Even that we cut short due to the continuing rain. Could not swim, take some rays, or even go boating with pleasure. Wed. evening we decided to drive to Geneva and take in a movie. We went to the first drive-in we came to and saw a horrible B&W Japanese horror film. Enough of the whole experience! We left for Syracuse next a.m. Of course, when we got back to Cannon St. the sky had cleared and it was finally sunny. So, we had a little more time to finish packing for the move to Smith Lane.

In theory, Smith Lane made sense. The apartment was quite decent and in good shape. I had purchased some architectural grade bricks, some pine planks, and made a functional bookcase.

In practice, I had to go to work daily and this left Marge alone. Before, she was at least in the female dorm with other students, or in classes. In the summer, she was at home with her mother, and found summer jobs for school spending money. Now she was almost in solitary confinement in this one bedroom apartment. Being alone was a big demon for Marge. We did talk about this. I understood what she was saying to me, but not the emotion of alone. That has certainly changed for me since her death.

In addition, her mother had never taught Marge or her sisters anything about cooking. Marge did eventually learn how to cook quite well, but many of her early attempts did not work well, though I never complained.

In truth, we had not understood what marriage really meant. I worked for a company that I did not like, and Marge was very upset about being alone most of the day, and her attempts to be a housewife were not working out well. One thing I almost forgot was that the NY State Fairgrounds was next to the Crucible plant. Marge had taken the initiative to get a seasonal fair job so we could go together. Her job involved trying to get passers-by to try out chicken hot dogs, then a new food product. On my short lunch break I went over once and we lunched on chicken dogs, and cold Coke from a machine. Delicious. I was proud of her taking the initiative to do this.

Our relationship started to go downhill. At one time, maybe in the fall semester, we did go to a family therapist that was part of the student health system. I don’t know how long this lasted, or if Marge saw the therapist by herself. I do remember the last session when we were both present. The therapist asked Marge about her relationship with her father, and that was the end. She would not talk about herself and her father and we never went back.

We certainly were not the first couple to have difficulties dealing with the reality of life together. True, they could have been a lot worse. To this day, I don’t know what else I could have done at that time. Of course, we didn’t give up and did our best to adjust. We did, but as the old saying goes “The Honeymoon was over.” This was our first test as Man & Wife. If we had received a grade, I think we could have squeezed by with a C. We loved each other at the start and until her death, and of course I still love her and think I even understand her better. Along the years, we got  some definite A’s an occasional C and a lot of B’s, I think a couple D’s but no F’s. . We really were meant for each other, from beginning to end.

So, in closing, to share some words that meant a lot to Marge, I am copying Sonnet VI from the Elizabeth Barrett Browning book I mentioned last time. Underlines are those in the book, and I believe are from Marge.

2 Responses to The Honeymooners