I had the day off since 4th is a holiday.  Louise’s birthday is the 6th so we all celebrated a day early.  Seven years old already, how did that happen? Of course, we had birthday cake and presents and altogether a pleasant day.

I worried greatly about Marge, she is still not well and runs a fever that increases during the day and falls back at night.  The next day repeats the same pattern and I don’t like it at all. She did make a return visit to the OB_GYN who operated.  He told us he couldn’t find anything wrong sith the procedure and gave her some antibiotics to take.  I really didn’t like him, the bed had more of a bedside manner than he did.

If antibiotics don’t do the trick, Marge is going to her internist who at least does lab work and some diagnostics before he comes up with an opinion. He is a partner in a small practice and I see him as well when I am ill.   At least Marge does not seem worsening. Finally she is not taking those shots in her spine.  I thought the procedure bogus as it did not seem to have any effect and I did not like the Dr.  His procedure was to have Marge strip and then lay down on a padded table for the shot.  I didn’t think it was necessary for her  to be as naked as the day she was born to have a shot in her spine.  I suspected, can’t prove that the Dr. liked to see women with attractive figures, especially their butts, and Marge fit that description, that I verify.  I always went with her and kept a sharp eye on Doc.

The girls and I go to Kutztown to see a folk festival in the afternoon.  We first moved in 1969 to a rental not far from Kutztown which is in the fringe of the PA Dutch culture. It was very interesting if you like that folksy sort of entertainment. 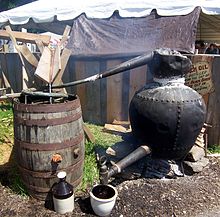 It was nicer to visit than to live there where we were definitely Uitlanders.  We went to the market to buy some accessories with a PA Dutch flair.  I recall getting some candy and what I considered an attractive piece of costume jewelry for Marge.

The festival had a whole ox being roasted for ox sandwiches, a tinsmith, carver, etc. The girls were a bit bored as there were no activities to do, just food and stuff we probably wouldn’t look at again.  I think they did enjoy it in a low-key way. When we got home, Ingrid made and decorated the cake, I made supper, we got Louise a bicycle for her present.  All in all it was a pretty good birthday, but I did wish that Marge was well enough to join with us in the afternoon.

July 11, 1973: We were able to get an appointment with Marge’s osteopath, her primary doctor on that day, a Saturday.  He gave her some medication which really did the job on her infection.  It does seem the operation was a success but Marge had a little sinus trouble then and the stress of the operation knocked her resistance down. The sinus, just waiting for a chance, flared up again.  Things seem   under control, no thanks to the OB_GYN who performed the procedure on her.  This experience deepened my wish that I never have to depend on the medical profession for help.  So far, so good, other than minor office visits.

We had a sad weekend.  Backing up a bit, an acquaintance of Marge, back in 1967, was moving and the place she was moving to didn’t allow pets.  She had two Siamese, a male and a female from the same litter. We never had pets but we took them. We named the male Rajah and the female Sascha.  We didn’t know then that Sascha is really a male name, but it didn’t seem to bother them.

The bad news is that Sascha experienced  a fit and started growling, spitting, and striking out at her brother.  We thought maybe he was playing too rough and kept them apart for a while and all was OK.  Then a few weeks later, she did the same thing with no provocation. This seemed strange as Rajah seemed quite confused by her behavior. I had called the vet the first time this happened, but he could offer nothing but to tell us to watch her, which of course we were already doing.

Again, a bit of history.  One day, maybe in 1971, I came home from work and Rajah was lying prostrate at the side of the road.  He had been hit, but was alive.  I carefully picked him up and told Marge what happened.  There was no vet in Coopersburg but we found one in Quakertown, about 12 miles south, who would attend as soon as we could bring Rajah down. We made him as comfortable as we could and rushed down.  The vet said his jaw had  broken, but he could wire it shut and gave us some animal antibiotics to ward off infection, as well as a shot to deal with the pain.  That worked, and we continued to see  the vet when necessary.  I am sure he was qualified, but his bedside manner was not so good.

Back to 1973. Both cats had spent the day curled up together, which they often did.  This time Sascha had another cat fit, and this time it was for a longer time, getting worse, whatever the cause was. She calmed down Sunday  and let us hold her but growled and spit if her brother came near her. She would also growl and spit when we shut her in a  room to separate her from her brother. We made several attempts to let her out but any semblance of normal behavior failed. I decided to put her away as she was aging and I figured this affected her brain.

We talked about this and decided to do this ourselves to make her end as peaceful as possible instead of by a disinterested vet at a strange place.  I used car starting ether which then came in a spray can.  It didn’t have the additives which were necessary later as diesel cars did not exist in ’73.  This only took a short time but I felt terrible, even though we knew it was necessary. I never realized how much I liked her until she was gone.  We buried her in the back lawn, I came in and was so upset I went to bed and cried.  I will never do this again.  We all got in the car and went to the nearby town of Emmaus to see a children’s matinée.

Louise reminded me more detail of the movie and I am updating this post to include it. You mention that we all went out to a children’s matinee, but don’t mention that the movie was Charlotte’s Web, which is of course very sad about the spider Charlotte dying and of course the subtext of the piglets being fattened up to be eaten. I remember Mom telling this story afterwards that neither of you knew what the story was about when we went, but just wanted to get out of the house and get our minds off of the fact that you had just had to put Sascha to sleep and bury her in the back yard.

I did calm down but was sad and depressed the rest of the day. Rajah, the brother cat, how has no kitty companion and is insistent on sitting on or with somebody.  I really think animals can experience grief as well as humans. When vacations are over we will try to bring in a kitten in hopes he will accept it.

In ’73 my employer PP&L had a power plant on Lake Wallenpaupeck in the Pocono mtns. They controlled the land around it and owned a conference hall as well as several cottages.  I was fortunate enough to get a cottage for a week in July. We returned to Coopersburg on July 23.

We returned from our vacation having had a very nice experience.  The cabins were rustic but very nice for a week and included a fireplace as well as a dock. The girls went down daily to swim and I did once in a while. The lake is artificial in that the creek was dammed for a power plant owned by PP&L.  The cottage was in the woods and was one in a group of four, but not at all crowded.  The geography of PA is quite different from NY, in it does not have a shoreline or glacial lakes. We were fortunate in getting this cabin, especially as Marge was slowly recovering from her ill-health earlier in the month.  I really loved Marge and her health was more fragile than mine. I felt so helpless when she was sick, but did all I could to aid and make her feel a bit more comfortable.

That week I grilled several things on the fireplace, nothing fancy, burgers or steak. Ingrid was a big help with dishes and I believe the trip was a real vacation for Marge also.  We took two side trips.

One was to Narrowsburg, NY to see Fort Delaware, a reconstructed frontier fort complete with the firing of an actual ancient cannon, girls dipping candles, etc.  It was quite interesting for all of us.

We also took a trip to Bushkill Falls and spent much time walking around the falls and streams in the area.  This was situated at the Delaware  Water Gap where the river cascades down on its way to the Atlantic. It was rather steep and a bit of a stress for Marge, but she made it quite OK. I was so thankful that she could get to enjoy this side trip as well.

So, back to civilization. I weeded my flowers and as usual found more trouble than was first clear.  Some of the Iris plants looked sickly and on inspection they were infested with Iris borers, so I dug up the bad ones and destroyed them.  The Iris bed needed trimming anyway so I accomplished two tasks at the same time.  Next year I will spray in the spring to help prevent this infestation.

All in all, a good month, especially as Marge now appears healthy again, I am so thankful.

I am a retired Professional Engineer who spent my working life in the electric utility industry. I am now a volunteer instructor at the University Nevada Las Vegas (UNLV).
View all posts by R. F. →
This entry was posted in 1970-1980, Pennsylvania and tagged children, coopersburg, life, love, Marge, memoir, New York, PP&L, relationships, vacation. Bookmark the permalink.