ides and calends of March ’76 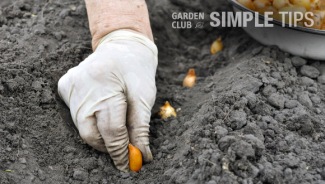 Not the ideas of March silly, the ides.  Dictionary opened, I checked the definition and it means mid-month.  Calends, I found are the first days of the months.  A time for settling accounts, at least in Roman times. For us, variable, vexing weather.  Why so?  The first day of Spring was exceeding mild, around 70. Earlier, we chilled out with 20-degree snowy weather.  Called onion snow. Onion snow was a curious colloquial term, something new to me. The locals educated me; it was snow that came after the onion sets were planted, then melted and vanished, soon silently soaking the garden.  Just as above.  Makes sense.

In the interregnum of snow, I dug up the ground for our little garden.  You see, Spring brings to Marge Spring fever, known to me as Spring planting fever. Medically acknowledged? Not that I know of, but after the plants have sprouted, the evil weeds overtake them.  Marge is miraculously cured and is not infected with weeding fever. Now the horticultural future is left to plant destiny, Darwin determines the survival of the fittest.  All this, just our little rite of horticultural tradition. Rites of Spring.

For us and Marge’s Mustang, a time to give it a tune-up, then drive around town, top down. Three cheers for the seasonal solstice.

Remember the old song about Friendship? I think it went like this “Friendship, Friendship, what a perfect blendship.” An old Cole Porter song. Dated yes, but having friends and reciprocating is important to the lives of most of us.  Friends from Binghamton visited us during a weekend in March.  Can’t remember whom, basically Marge’s friends on a trip south whom she invited here for a weekend.  For us, we have stayed close to home.  Marge is going to Cornwall later and we are taking the trailer out at the end of the month,

Regardless of the April Showers, we are taking the trailer to Virginia,  historical Williamburgsburg VA

as well as Charlottesville, where we have made advance reservations.  should be a good trip, not to far South, but enough to get a real touch of spring, and visit some historical towns.  We are going again to NJ in July and have reservations in Ocean City where we stayed last year.  No pool, but they are close to the Ocean.

A few people near us do have above ground plastic pools of which, I am not fond. One retired couple, older than we have an enclosed pool attached to their house.  I think they use is all year.  Really nice, but we are on a hill and it would be expensive to dig and make the necessary grading. Then too, who knows how long we are going to be here? We did join a public pool in Coopersburg, primarily for the girls.  Not my thing.  Too many people for my taste.

Grumblings are heard about a strike at PP&L. I hope they get resolved peacefully.  If so, we are going to New Hampshire the last week in August to visit friends who were once neighbors here.  So much for vacation plans.

I have always loved my children from the day they were born, as a young man to the present, an old man; for them, “silver threads among the gold”  I have always encouraged them to follow their own path, their interests, and do help sometimes, but not assume more than that.  I still do help on occasion, and now I call on them for helpful suggestions, etc. as to direction and purpose in my time left.  Done now? Yes?

Back to ’76.Louise and I went for a walk, a search, along a little stream near the area of our house.  It is similar to this image, but not so wooded, Her art teacher has expressed an interest to some of her class to make some home-made beads for the younger classes. Louise wanted to be part of this planned project herself. 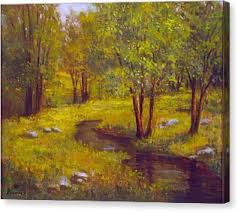 The little stream, for some reason of geography, unknown to me, has a considerable amount of clay along the slow-moving stream bounded by its meadow stream bank. We each took a plastic bag with us, gently gathering about seven pounds each of the raw clay.

The clay has a considerable amount of organic, and inorganic material which we did our best to clean out.  Louise made a small clay pinch pot which had now dried, ready to be fired in the small kiln given us by her grandmother Sutherland. I was very interested, truly excited a little about this experiment in an ancient craft.

Back to the future, the future of Mustang technology.

The upgrading and updating of the worn and tired vehicle progress quite well. I had some transmission repairs completed; seals, new fluid and band adjustments.  That accomplished, I ordered the rear springs re-sprung.  The old girl was sagging in her butt, as it were.  Now back to factory specs. No sag left. Regretfully, not so simple with humans.

Future goals for future months include: In April, body work to smooth a crease and repair that plague of the east, body cancer.  In May a new paint job reflecting Marge’s advice in the car.

1967 Blue Mustang – much like ours except for the wheels – Google

It will be beautiful when complete.As of the present, the now, the interior is pretty decent, it starts readily and, following a complete tune-up, runs well for a car of 75,000 miles. The planned trip to Cornwall should give us a sound base of its productive gas mileage and oil consumption. This done, completed, finished and analyzed will help us estimate the life left in the once tired old lady with the ugly green complexion.

Marge loves the car as it has power everything, and her voice determined its color and exterior ornamentation.  It will be great, her own car as she so wishes.  The early Mustangs are admired, particularly those in good shape.   It may even appreciate in value, though this is not our goal.  Wouldn’t hurt though, would it?

The Moravian Church we attend sponsored a square dance recently. They were very popular in my youth in Dannemora, NY.  Marge, Ingrid and I went to this dance. The caller took the time to explain the steps and assumed we knew nothing, no doubt true about square dancing. We got into the swing of this dance style and had a very enjoyable time of it.  Pleasant old village entertainments.

So much for fun and games, now for the tough stuff of life.  Salary review at PP&L was one of reduced raises compared to the last year.  Disappointed; sure we were, but at least we still had a job in the troubled times then. In Bethlehem, the steel company had salary reductions.  Doubtlessly there were layoffs in other industries, even engineers, and professional people.  The oil shocks of the 70’s hit all of us very hard.  The economy had gone south, per the saying, and we had to adjust.  Some of the businesses actually did move south to obtain workers who would settle for less than in PA.

We are pretty healthy, can’t really buy that.  I had the flu again with headaches and stiffness on all my upper body.This did improve with time though, thank whomever you wish for that.  Ingrid wears only retainers now, not the brace devices so, of course, she is pleased with that.

The interior of the house needs painting.  I did paint the dining room when we got new furniture, but no more than that.  I really hate painting, it is both boring and exacting simultaneously.  More than that, I hate the thought of paying anybody to paint and do not have to rely on anyone, feeling I can do anything by myself.  Self-delusion of course, but I felt that way.

What is a house, what is a home?  The notorious madam Polly Adler,  of years past wrote a book “A house is not a home” Her reference was to her bordello but I believe the saying goes beyond that meaning. I have lived in Las Vegas almost 40 years, yet do not consider it home, just a place of residence. The house that came closest to being a home was the PA one, Beverley Hills. 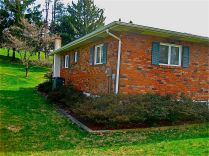 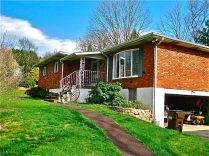 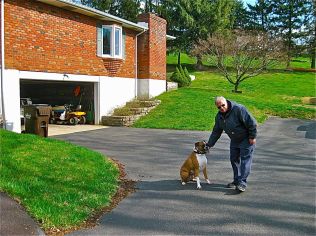 Yes very homelike, but company politics and economics called for a change. We moved to Vegas.  So, I am not houseless, but, possibly homeless.  Possibly. There is a German phrase which, approximately translated, is  “home is where the heart lies” home is a feeling, a psychological state, perhaps a religious one, but is internal, neither brick nor mortar. Understanding that, I do feel that PA could have been home, not necessarily though.

Enough for now. Where does your heart lie?   Think about that.

I am a retired Professional Engineer who spent my working life in the electric utility industry. I am now a volunteer instructor at the University Nevada Las Vegas (UNLV).
View all posts by R. F. →
This entry was posted in 1970-1980, Coopersburg PA, Pennsylvania and tagged Beverly Hills, coopersburg, emotions, Home buying, Marge, memoir, Moravian church, PP&L. Bookmark the permalink.

6 Responses to ides and calends of March ’76